If you have kids, at some point you’ve either heard of, supported, or even participated in your local Parent Teacher Association (PTA) or Organization (PTA). These arms-length non-for-profit organizations provide funds and other support to local schools. The new movie, Bad Moms, showcases PTOs in a tremendously poor light (led in a very funny way by Christina Applegate), but these organizations do help in significant ways. I’ve seen PTOs provide funds for school playgrounds, digital signage, and scholarships. 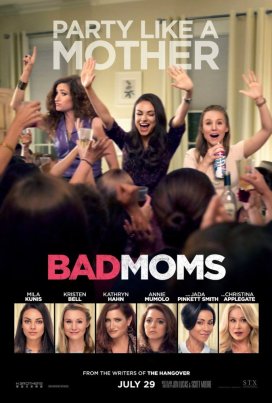 Like any organization, PTOs vary in numbers and strength. Some are small linkages of parents that conduct bake sales and other events and raise modest amounts of money to purchase supplies for teachers (e.g., paper, pencils, pens, which is insane when you think about it) while others are large, well-organized units that raise tens of thousands of dollars each year and have significant clout in the school. What is also interesting to note is that the larger PTOs tend to exist in the most affluent neighborhoods with the best public schools.

It means that advantage always has advantage, even in the public school system. People who live in nicer areas with nicer schools and better teachers also have larger support systems, such as the PTOs. While the funding from the schools is fairly set, these PTOs raise huge dollars for their affluent public schools compared to those living in less-privileged areas. It isn’t a bad thing to raise money necessarily, but it continues to tilt the table of opportunity for underserved populations.

In public higher education, fundraising has become a major focal point. If you speak with college presidents and VPs of fundraising, finding donors is about survival. They blame state legislators for not providing the money necessary to operate their institutions, which is mostly true. But not to be lost in this conversation is the unbridled quest of institutions to be bigger and better. Again, not a bad thing on the surface. Who doesn’t want better institutions with better services and buildings? But at what cost?

My point is that public institutions, whether they be elementary, secondary, or postsecondary, are looking to the private sector for more of their operating funds to increase their advantage over other schools. In some ways, it is a zero-sum game, because since everyone is doing it, there may be no significant difference in competition, except for the example I gave above where the best schools are simply better at fund raising.

Would we be better served by ensuring that schools have the necessary funding to operate at a high level and remove them from the fundraising game? Currently, there is little incentive to reduce the quest for higher and higher infrastructure because institutions are finding they can be successful at fundraising. The Chronicle of Higher Education and InsideHigherEd.com recently posted articles about how to better fundraise at institutions, and many national organizations focus on improved fundraising. One of the most prestigious positions at a public institution is the fundraiser. At private institutions, it is the hedge-funds guy. Think I jest? At Harvard, the top TWO fund managers earned $69 million in compensation in 2003. In 2012, 10 Harvard executives earned a combined $44 million and had a staff of 200 people (paid from a different budget).

While the devil is in the details, the devil is mostly in currency. Money makes higher education go ‘round. And with it, comes an insatiable desire to build and collect more. And state policymakers are loving it because lets them off the financial hook.

It’s time to put the state governments back on the hook and perhaps limit fundraising for public institutions. While institutions claim that they the fundraising to compete, they wouldn’t if we restructured the system from the ground up.